With wireless technology used all around the globe, EMF radiation exposure has become a concern for people. One way to help reduce the impact of exposure is through EMF protective jewelry. One of the main properties of EMF jewelry is a material known as elite shungite. Learn more about the materials, its origins, and how it's formed into jewelry.

When you order anything with shungite in it, try to find the origins of the stone. Authentic shungite is only found in Russia and not any other parts of the world. There are similar stones mined in different areas, but the stones do not feature the same properties or materials as the shungite. Shungite has been exported from Russia for years, including natural unpolished stones and finished pieces known as EMF protective jewelry. The stone itself has a dark black finish with natural reflective properties.

In Russia, shungite has several prominent uses all done mainly to protect residents from EMF radiation. For example, several hospitals and spas are known to have shungite rooms. The rooms use shungite tiles on the floor, walls, and ceiling to create a complete shungite zone used for healing and spiritual connections. For example, many people use the rooms to meditate, relax, and have some alone time away from others. If you ever visit Russia, you can book your own session in a shungite room. Some of the first rooms were built in the 1990s after researchers discovered the valuable properties found in authentic shungite. Slowly the rooms have expanded and become more commonplace in Russia.

While shungite tiles are uncommon in the United States, you could still purchase a wide range of jewelry you wear on a daily basis. For example, you could wear a beaded bracelet to lessen the impact of EMF radiation caused by cell phone, appliances, and wireless devices. You could purchase a shungite pendant to wear around your neck. You could place a necklace over areas like a key organizer, a closet hanger, or a door hanger to provide extra protection through the home. You do not need to directly wear the jewelry to take advantage of the benefits. Some jewelry pieces come in a key chain form and allow you to to connect the stone to belt loops, backpacks, purses, or wallets. You can also purchase big chunks of the stone to place in bowls or other display pieces within your home.

Choose multiple pieces of jewelry to have a diverse set of options for EMF protection on a daily basis. 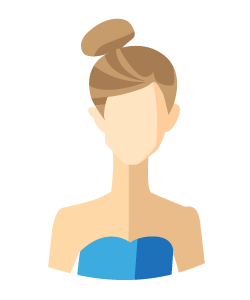 Are you the busy parent of kids? Perhaps, your children desperately need new clothing items such as jeans, t-shirts, and shorts. Before you take your kids shopping, consider visiting your favorite retailers by yourself first. During this shopping trip, you can peacefully browse all of the selections without becoming distracted by your kids. Pick out some items you’re interested in purchasing each child. Some stores will hold items for a specified period of time such as 24 hours. You might wish to put pieces you particularly like on hold. When you arrive at the shops with your kids later, you can quickly retrieve these items and your children can try them on. On this blog, I hope you will discover helpful, shopping tips to make your life less stressful. Enjoy!